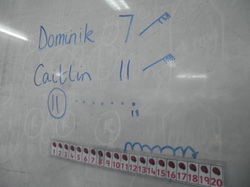 Dominik has 7 toothbrushes, Caitlin has 11, who has the most? How many more does Caitlin have?

We know how to put the smaller number in our head and count on until you reach the bigger number.
William uses his fingers,  to record how many more the number is. Well done William! 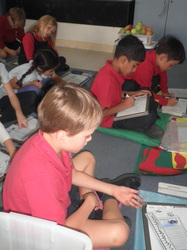 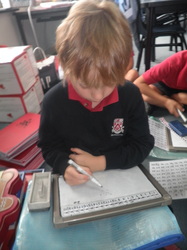 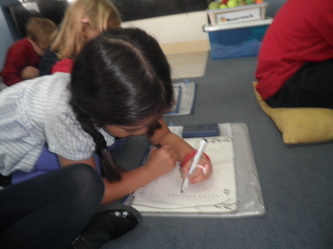 *Try counting on using a number line! Put your finger on the smaller number and 'count on' until you reach the larger number. 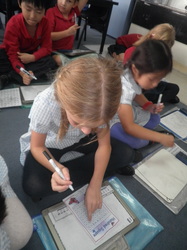 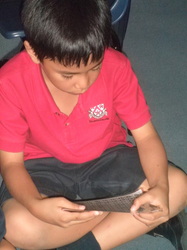 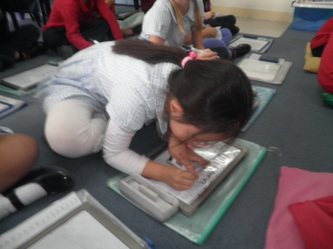 The children were challenged to make a bed for the Queen of England. It had to be 4 feet long and 2 feet wide. We used a shoe belonging to Mrs Lowes, Mr Bowker and Mr Pickhaver to help us measure the size of the bed.
When we compared the 3 beds we spotted they were all different sizes! Can you work out why? 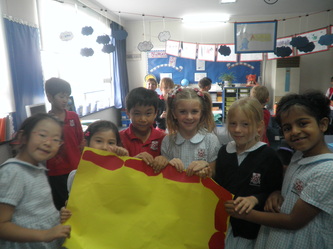 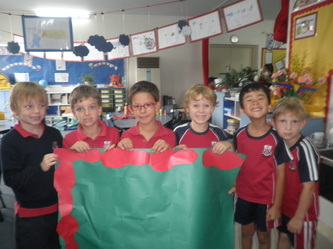 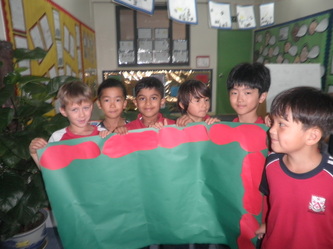 After discovering that a metre is a better unit to measure with than a shoe, the children were then challenged to measure the hall! I think they did a good job! 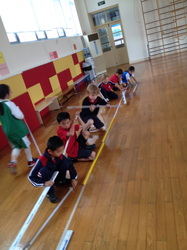 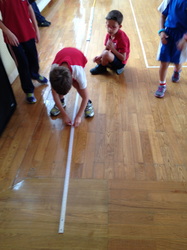 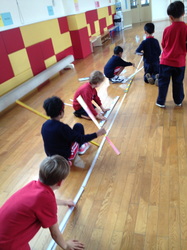 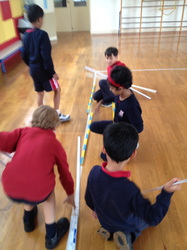 The children have been measuring 'how much' water can fit into a container.
Which container holds the most water?
Which is a bigger container than the one you have just used?
Which is the smallest?
Its all about the language! 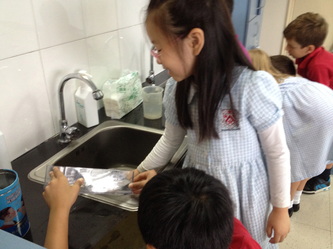 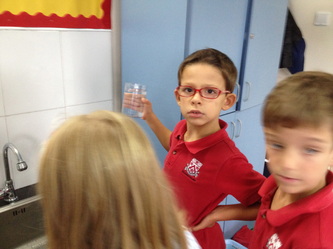 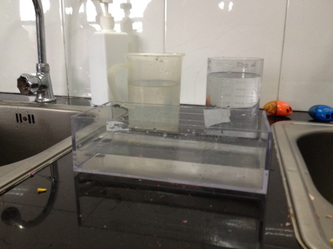 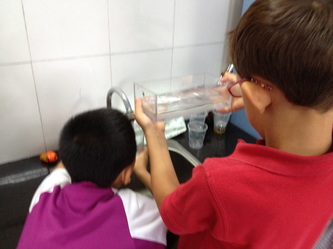 Can you sort the shapes according to their properties?
How many corners does it have? How many edges? 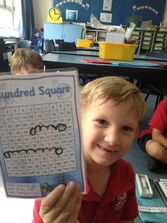 We thought about the coins that are used in the UK.
Can you work out which coins you need to buy each item? 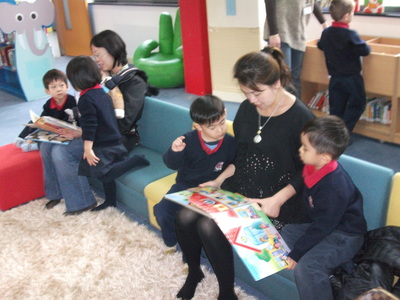 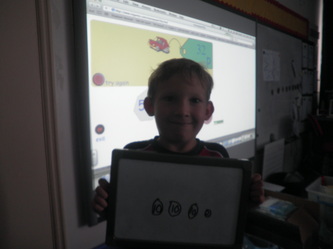 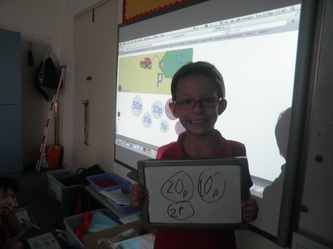 Challenge!
Can you find the numbers that add upto 2?
Jon was very good at this!
He and the other mathematicians went on to find the addition sums for 6 and some clever sausages even worked out the sums that equalled 10!

Challenge!
2 teams tried to place the cards in order. As the cards were dealt randomly the boys played blue and the girls played red. This blue card could replace the red 5, the cards will still be in the correct order, giving the boys 3 cards in the sequence!

Can you place the leaves in order on the branch?

Block A - Counting, partitioning and calculating

The children had to clear the jellyfish so the submarine could sail smoothly through the ocean! Can you spot which method we used to find the answer?

Imagine you are in a water fight, you wouldn't want just one small water pistol, you would want a water pistol, water balloons, a huge shooter, a squeezee bottle and a bucket! 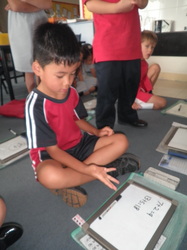 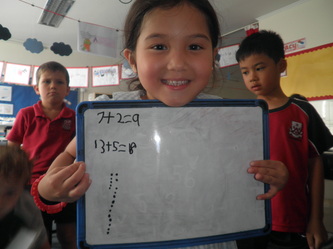 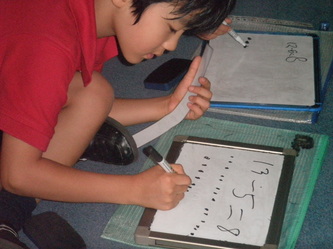 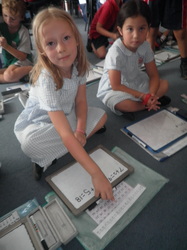 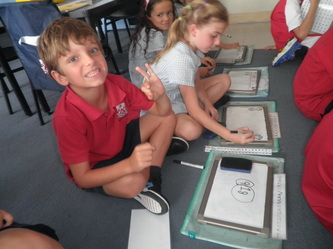 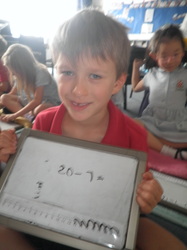 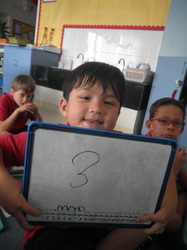 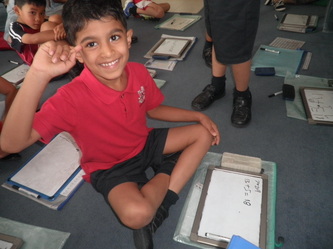 We have been comparing numbers and discussing who had more or who had less. We said statements like "the boy has less than the girl" or "the girl has more than the boy".

How would you add two numbers?
*use your fingers
*use counters
*draw dots

Caitlin did a fabulous job of drawing dots to help her find the answer!

We have been revising how to read and write numbers to 20 and where they belong on a number line. We practised putting numbers in order, even when they are not all there!